Barbie Ferreira is dating her girlfriend, Elle Puckett. The couple has been in a relationship for over three years now. Both Barbie and Elle have been pretty open about their romance since the beginning.
By Prashasti Vasudevan On February 15, 2022 Barbie Ferreira is an American model and actress best known for her role on HBO's series, Euphoria. Barbara's role as "Kat" was one of the most sought-after characters on the show. However, she didn't make a comeback in the second season. We will talk about it in a while, but let's first know more about her.

Barbie Ferreira's stint on Euphoria is not the only plausible performance; she has outdone herself after appearing in the movie "Unpregnant." Barbara plays the character of Bailey Butler in the film, and of course, her new film, "Nope," is coming soon.

Barbie Ferreira is currently making the headlines for her love life, too; Barbie's relationship with her girlfriend, Elle Puckett, is not new. The couple has been dating for over three years now.

We all know that Barbie Ferreira is dating her girlfriend, Elle Puckett. The couple has been in a relationship for over three years now. Both Barbie and Elle have been pretty open about their romance since the beginning.

Barbie Ferreira has recently uploaded a picture of her and Elle Puckett on her Instagram, where the couple is sitting at some restaurant. In the caption, Barbie wrote, "Love of my life." 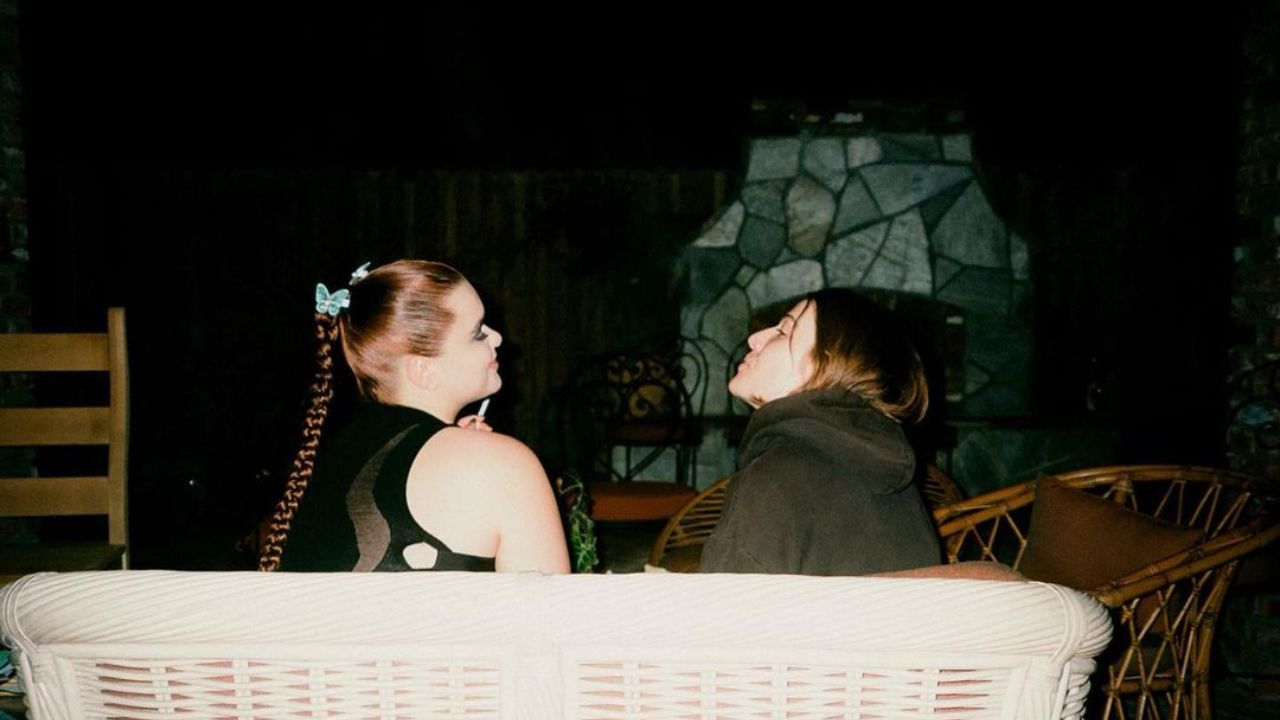 Barbie Ferreira is dating her girlfriend, Elle Puckett. The couple has been in a relationship for over three years now.

As we mentioned earlier, both Barbie and Elle have been pretty open about their relationship on social media. Recently on December 15, Elle Puckett wished her girlfriend a happy birthday. In the caption, Elle wrote,

"Happy birthday Barbie!! You deserve the world, never been happier to lie to you ? can't' believe we pulled this off haha."

Barbie Ferreira's girlfriend, Elle Buckett, is a guitarist, producer, and artist; In short, she is a musician from Los Angeles, California. Elle Puckett, aka Rosie Ugly, is also the lead singer of a pop band, Poema.

Elle Puckett's band, Poema, signed their first-ever deal with Tooth & Nail Records in 2008. Elle and her sister Shealeen Puckett formed the band. According to the reports, the sisters who were born and raised in the American Southwest started playing from the age of ten and twelve.

As of this writing, Elle Puckett's band has over 4.4k subscribers on their YouTube channel and over 9k followers on their Instagram account. It seems the sister duo is up to a fresh start as they canceled all their previous social media accounts and YouTube channel. Well, all we can say for now is they are already off to a good start.

When it comes to Elle Puckett, she is pursuing her solo career, too. Better known by her pseudonym "Rosie Ugly," she has her solo YouTube channel and Instagram account. It seems Elle's solo career is going well; she has over 41k followers on her Instagram.

Why Did Barbie Ferreira Leave Euphoria?

According to unconfirmed reports, Barbie Ferreira left Euphoria following an argument with the show's writer and creator, Sam Levinson. The reports suggest Barbie expressed her disappointment with the direction her character was going.

As the thing got heated up between Barbie and Levinson, the actress walked off set while they were shooting which prompted the creator to cut her lines from the script. While both the party have remained silent on the matter, Barbie not attending the premiere in January was enough to add fuel to the rumor.