Michael Norman Girlfriend 2021: Is the American Sprinter Dating Someone? Here's Everything We Know!

Michael Norman almost tricked us there for a second for thinking he is still single, but no. The 23-year-old is in a relationship with his longtime USC girlfriend...
By Hritika Thakur On August 5, 2021 Michael Norman, the king of patience, is about to give you the next, probably, a gold medal to the country. The 23-year-old is all prepared for his next 400m final today and Men's 4x400m relay tomorrow, Friday, August 6, 2021.

If you don't know about him already, the American sprinter is one of the favorites to qualify for the Olympic team. He has proved his worth in the Olympics trials already and is ready for the Tokyo Games.

While the athlete saw some adversity initially, after few jitters in his first heat and semifinal, Norman won the 400 meters race posting his season-best 44.07 times. The gold at trials was his ticket to Tokyo!

Steven Gardiner wins heat 3 in a baggy t-shirt. 44.14 has to be some kind of t-shirt world record.

Michael Norman moves on to the final. pic.twitter.com/rTAhBYrLUb

Following the race, Norman talked with the reporters; he said, "It was all about execution. There was no tomorrow. Today was the day to put it together." Even his coach, Quincy Watts, puts utter faith in him.

Watts had known Michael Norman since the athlete was in 10th grade; Quincy still recalls someone told him, "there's a young man in the 10th grade you should keep an eye on," Those words and Norman have never disappointed the coach.

While we wait for his run at the men's 400m final at the Olympic Games, let's dive into personal life and find out if the 23-year-old athlete is dating someone or still single.

Michael Norman Girlfriend 2021: Is He Dating Someone?

He almost had us tricked there for a second for thinking he is still single, but no. Michael Norman is in a relationship with his longtime girlfriend, Jenna Adams. The couple has been together for more than three years now. 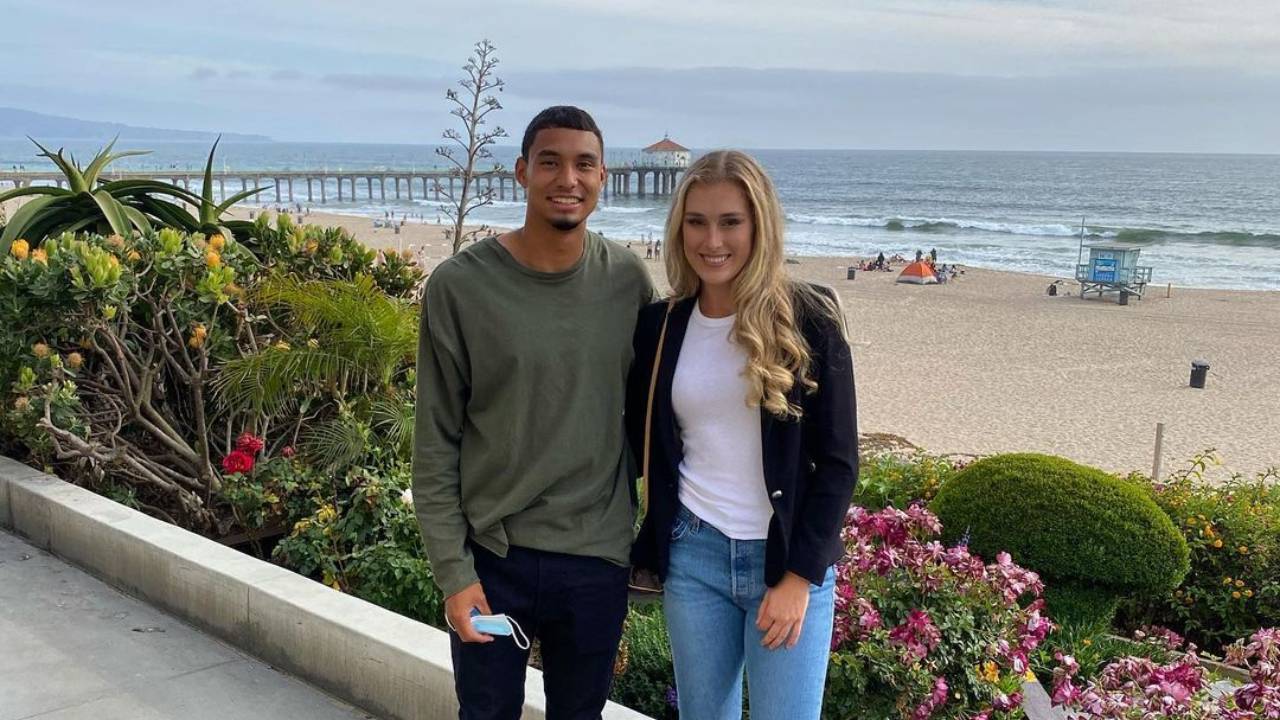 Michael Norman is in a relationship with his longtime girlfriend, Jenna Adams. The couple went public about their relationship in January of 2019.

Michael Norman and his girlfriend, Jenna Adams, met at the University of Southern California. According to their social media profiles, the couple went public about their relationship in January 2019, a year after dating each other.

Michael Normal's girlfriend, Jenna Adams, is a University of Southern California Volleyball alum. According to her USC profile, Jenna was born on April 9, 1998, in San Francisco, California, to her parents, father Jeff Adams, and Lori Adams.

Jenna, 22, has three siblings (two sisters and a brother), Katherine Adams and Abigail Adams, and James Adams. Michael Norman's girlfriend received her bachelor's degree in business administration in 2019 and currently pursuing her master of science in finance at USC's Marshall School of Business.

Michael Norman and his girlfriend, Jenna Adams, are pretty open about their relationship on social media. The couple often posts pictures together on each other's profiles. But this is not the only time the couple shares pictures of them on their social media; the pair have been doing so ever since they went public about their relationship in January of 2019.