Jenny Taft is Pregnant: Jenny and Her Husband Matt Gilroy are Expecting Their First Child! Jenny Taft is pregnant! The American sports television personality and her husband Matt Gilroy are expecting their first child. Jenny announced the news of her pregnancy on January 7, 2022.

Jenny and her husband Matt are already parents to their Bernerdoodle dog, Otis. But this their excitement for their upcoming baby is overboard! Following the announcement of her pregnancy, many fans came forward to wish the couple and the baby.

One fan wrote, "Jenny we love you and wish you all the best for you and your baby." Another fan wrote, "Jenny about to be the coolest mom on the block!" While a lot the fans were curious when is the due date, the American reporter and host is yet to reveal the date. Jenny Taft is pregnant with her first child, she announced the news on Instagram on January 7, 2022. (Jenny's Instagram)

Hopefully, Jenny will reveal the due date soon, but for now, let's find out about Jenny and Gilroy's married life.

Jenny Taft and her husband, Matt Gilroy, tied the knots in June 2015 in a private ceremony attended by close friends and family. Following their marriage the couple now lives in Minnesota home.

While it's been only six years the couple has been married, the couple's relationship goes way beyond their marriage. Jenny Taft and Matt Gilroy are college sweethearts, and after years into relationship the couple tied the knots.

Jenny and Matt Gilroy were only parents to their dog, Otis; However, things are going to change soon. Jenny recently announced she is pregnant with her first child, both Taft and Matt Gilroy are overboard about the news! 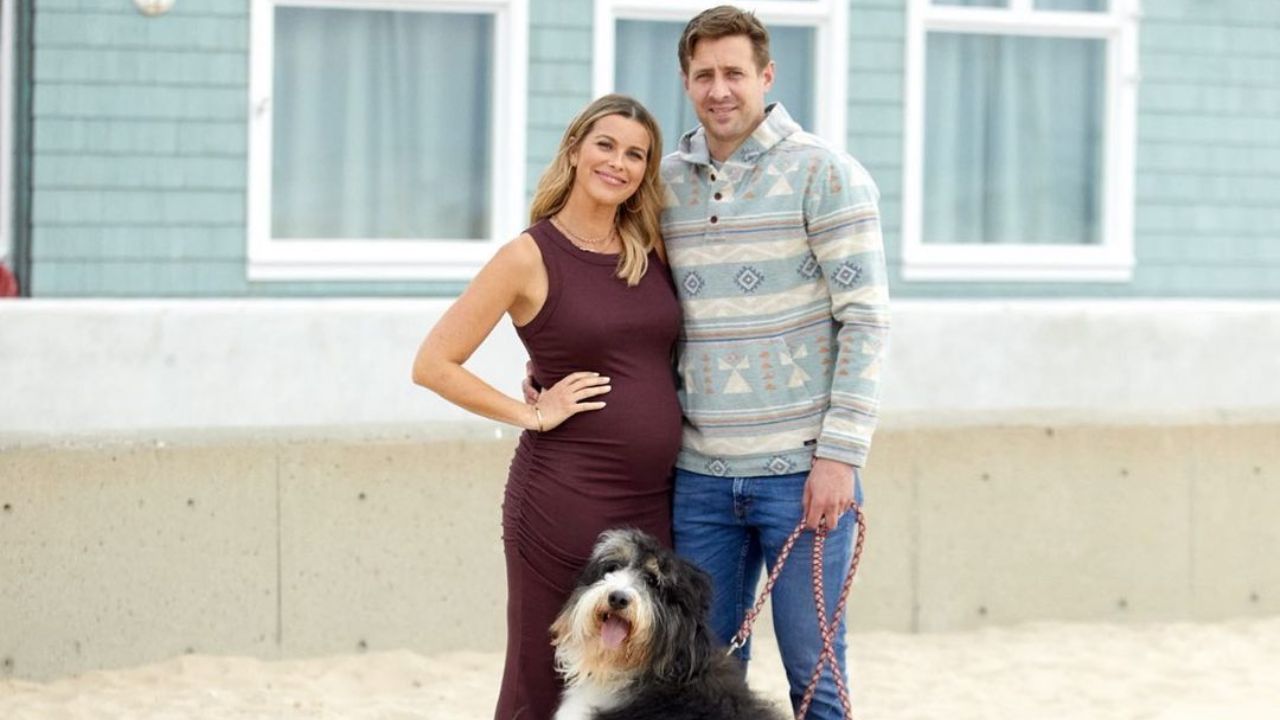 Jenny Taft and Matt Gilroy tied the knots in June 2016. The couple now lives in Minnesota with their dog Otis. (Jenn's Instagram)

According to his NHL profile, Matt Gilroy was born on July 20, 1984 in North Bellmore, NY, USA. The former Ice Hockey defenseman now lives in Minnesota with his wife, Jenny Taft.

It's been a while Matt Gilroy has been out of spotlight, the former ice hockey player has remained inactive on all social media platforms. However, we often get to see him on Jenny's Instagram, and he seems to be pretty much enjoying his retired life, and now excited to be in his new journey, fatherhood.