Is Ari Mannis Dating Chelcie Lynn? We Don’t Think So! The Comedian is Still Single!

Ari Mannis and Chelcie Lynn have been rumored to be dating after they kissed on Ari's podcast. But despite the claim, Lynn and Mannis are not in a relationship. Ari Mannis is single, while Chelcie is married to her husband, Greg Milton.
Posted On October 21, 2022
By Sonal Gera Ari Mannnis is an American actor, writer, and comedian, born on September 22, 1989, in San Diego, California, United States. He is most known for his work in metal heads, sales force, and the master of pulpits. Besides, Ari Mannis also runs a podcast and is a host of “unlicened therapy”not to forget there’s a new show of his coming to town called the Comedy Bunker, which will be aired at California Comedy Club on Saturday,October 22nd at 10pm.

Recently, Ari Mannis became a talk of the town concerning his dating life. Many of his fans are wondering if the 33-year-old bachelor is dating anyone or not. It’s been a few months since the rumors of him having a girlfriend. People have seen him interacting with multiple women in past couple of months, but they not sure whether he is into romantic link or not. However, Ari himself hasn’t made any public announcements on his love life.

Ari Mannis is keeping his relationship private; Although he has dated many womens now and then; his fans are curious to know who he is dating right now. May be he is single and not wanting to pursue a serious relationship and just living his life being single. However, recently, Ari Mannis and Chelcie Lynn were seen kissing in one of the podcasts; moreover, he was seen with Chelcie Lynn many times and his fans are starting to speculate that if they are dating and having serious relationship. 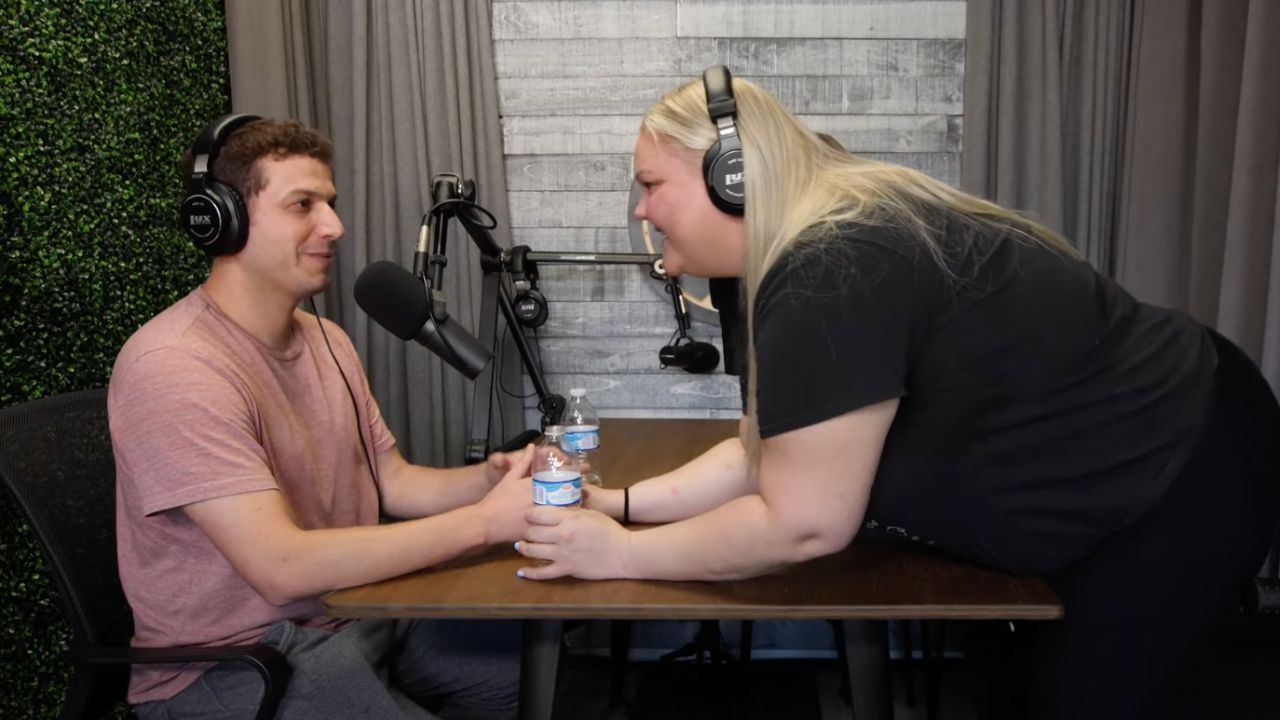 Ari Mannis was also seen living with Chelcie Lynn in a van for more than a weeks.you can also check out his instagram for more details.

Chelcie Lynn is American, an internet influencer, comedian, and an actor. She has also played a various movies, tv series as a comedic role; the 33 years old star is also a youtuber and a vlogger where she has over 168k subscriber on her youtube channel called chelcie Lynn Vlogs; she is a plus sized media influencer who talks about being positive and how to to be aware of body shaming and judgmental from negative People.

People are assuming Chelcie Lynn and Ari Mannis are dating but the truth is Chelcie is already married to her husband Greg Melton for over a decade; They tied the knots in may of 2010; Moreover, their relationship goes a long way back, they were high school sweethearts. You can see her husband’s photos in many of Chelcie’s posts. Although the couple do not have any children as they planned not to have children anytime soon.

Its clear that Ari Mannis and Chelcie Lynn are just friends and we are not sure of his dating life since there is no recent activities in his relationship status. So, for now, Ari Mannis is single. If we get any sort of news about his dating life, we will update you here.